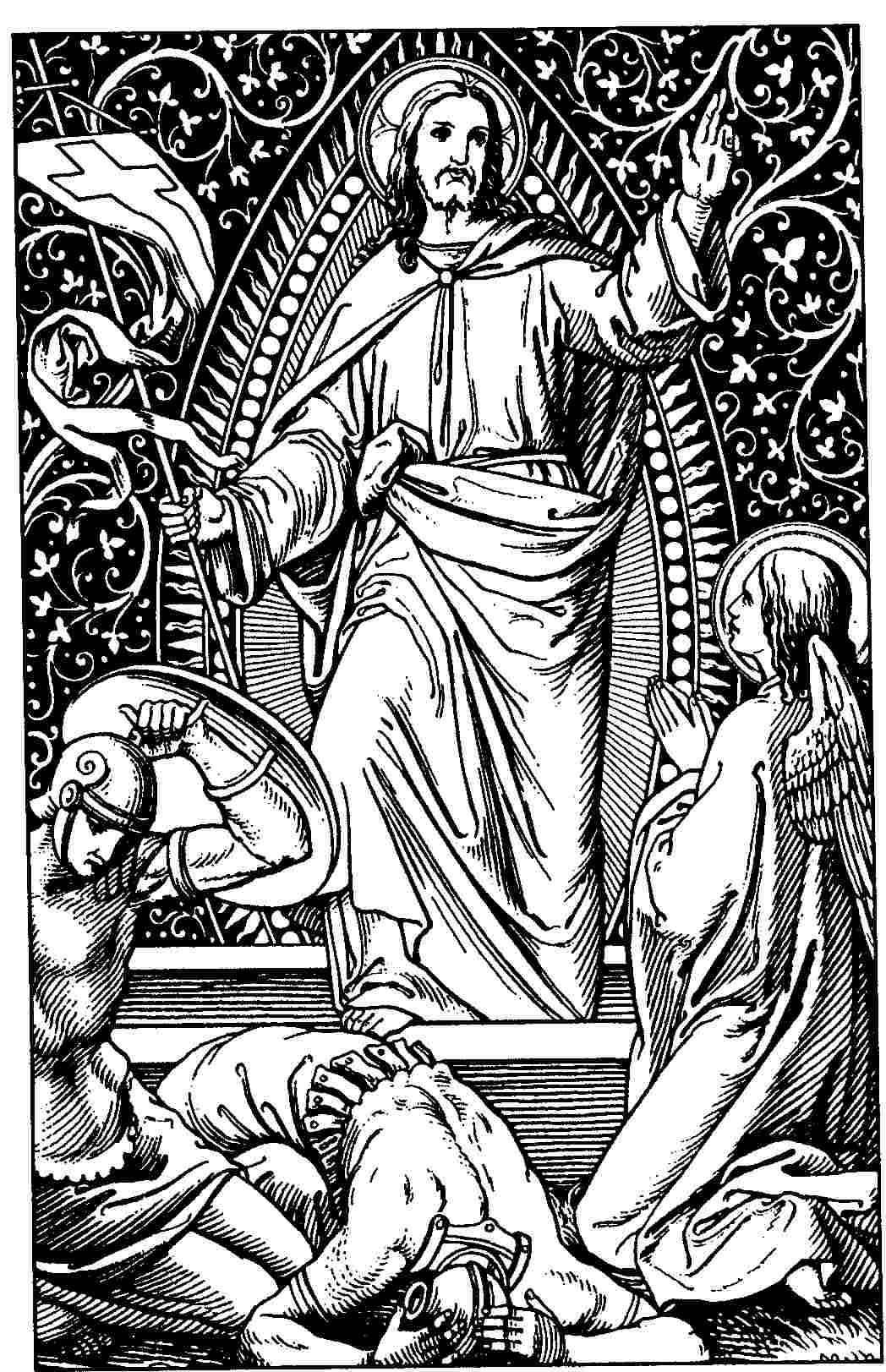 The world was wrong, and Christ was right. He who had the power to lay down His life had the power to take it up again. He who willed to be born, willed to die. And He who knew how to die knew also how to be reborn and to give to this poor tiny planet of ours an honor and a glory that flaming suns and jealous planets do not share: the glory of one forsaken grave.

Unroll the scrolls of time, and see how the lesson of that first Easter is repeated as each new Easter tells the story of the great Captain, who found His way out of the grave and revealed that lasting victory must always mean defeat in the eyes of the world. At least a dozen times in her life of twenty[-one] centuries, the world in the first flush of its momentary triumph sealed the tomb of the Church, set her watch and left her as a dead, breathless, and defeated thing, only to see her rising from the grave and walking in the victory of her new Easter morn.

In the first few centuries, thousands upon thousands of Christians crimsoned the sands of the Coliseum with their blood in testimony to their Faith. In the eyes of the world, Caesar was victor and the martyrs were defeated. Yet in that very generation, while pagan Rome with her brazen and golden trumpets pro­claimed to the four corners of the earth her victory over the defeated Christ — “Where there is Caesar, there is power” — there swept from out of the catacombs and deserted places, like their leader from the grave, the conquering army chanting its song of victory: “Wherever there is Christ, there is life.”