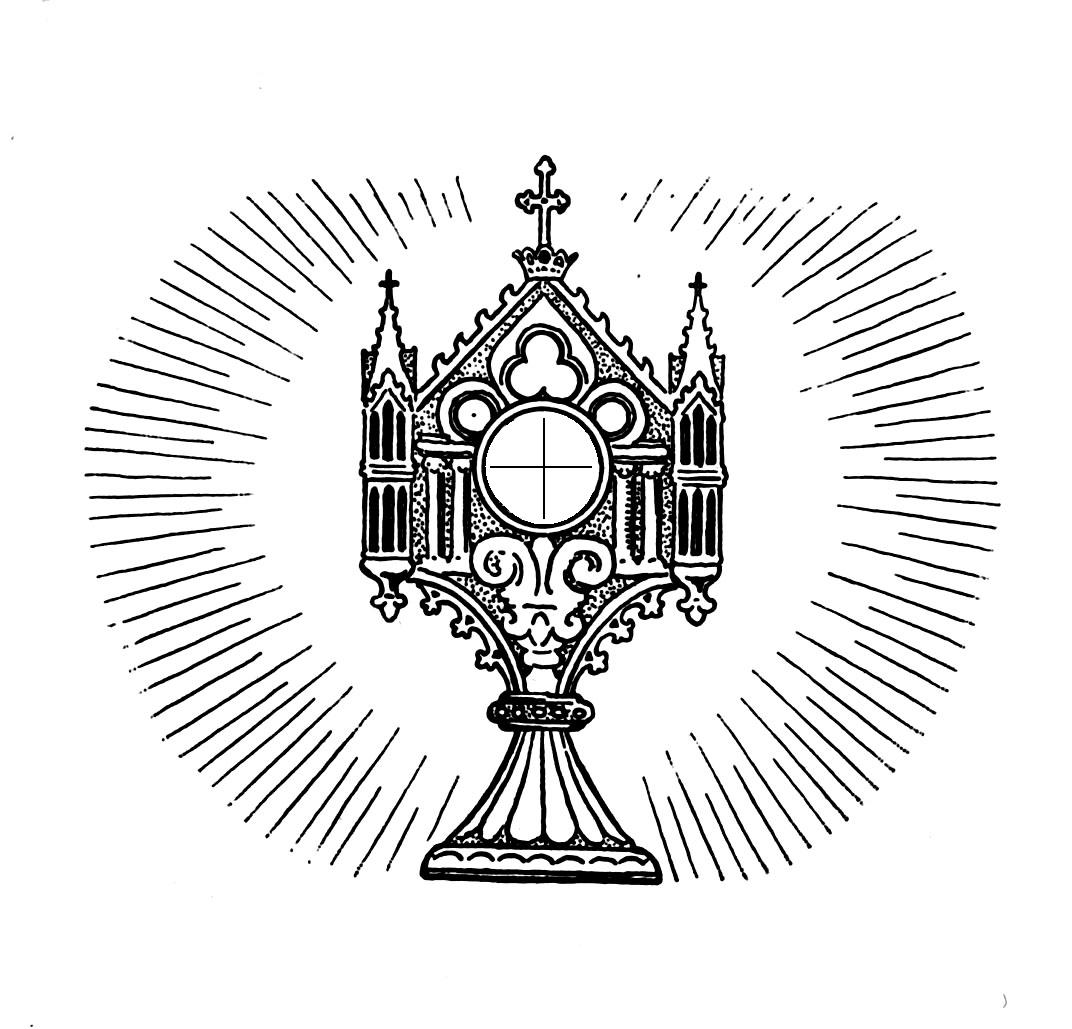 If we look to the Old Testament, we can see numerous instances when the Lord instructs Israel to hold a memorial of some significant event God’s plan to restore fallen man. The most famous example is the Passover, the Paschal Sacrifice and Feast. The Passover, the memorial of the Israelites’ being freed from Egypt, was to be observed every year. But the remembrance was not as simple as mentally recalling that the event happened many centuries ago. The act of calling it to mind, in some way, made it a present reality. It is not that Israel was once again enslaved and needed to be freed by the Lord, but rather that the actual event was being applied to the present. The same liturgical principle is applied to the Mass, in which Christ’s sacrifice is made present through all the ages. Solemn Benediction is a memorial of another mysterious event in the saving work of Christ — the Transfiguration. The rites that surround it memorialize the scene on Mount Tabor.

The Church employs ritual in order to expose what is hidden. Our Lord is so very humble, and He shows none of His glory in the Blessed Sacrament. However, because the whole Church worships our Lord in the Blessed Sacrament, in which He has the same Glory as in heaven, She makes manifest His majesty and Glory. Our Lord humbles himself to appear to be no more than bread and wine, but the Church practices Her belief in His Real Presence, His divinity, and the adoration and honor we owe Him through acts of reverence and worship.

THE MONSTRANCE: Most monstrance’s have several beams streaming forth from the Blessed Sacrament. This symbolism is taken from the Gospel account, that His face became radiant as the sun. It is no coincidence that the monstrance, too, looks like a large sun upon a stand. Christ is the true Sun, and the radiance of His face is depicted in the monstrance.

THE CANDLES: The Church requires four to six candles during Adoration. There was not only light streaming from the face of our Savior, but light surrounding them all. The candles evoke the light that filled the whole mountain, and those two lights, Moses and Elijah, that conversed with Him.

THE STAND or “TABOR”: The platform upon which the monstrance sometimes rests has a name, a “tabor.” At the Cathedral the Tabernacle itself was designed for this purpose. This is taken directly from the Transfiguration, for the mountain upon which it happened was Mount Tabor. Our Lord shows forth His glory upon Mount Tabor in every Adoration chapel and at every Benediction.

THE INCENSE: Incense is a symbol of worship. Our prayers and sacrifices rise up to God as does the smoke. But in Adoration, the smoke also symbolizes the great cloud that enveloped them on Mount Tabor, the cloud from which the voice of the Father spoke to them: “Listen to Him.”

THE TABERNACLE: In the Gospel account of the Transfiguration, Peter famously suggests that they build three “booths,” one for our Lord, one for Moses, and one for Elijah.  No doubt Peter did not understand fully how our Lord would fulfill his request, but the word he uses is the same as for a tent — and for a tabernacle.

The word tabernaculum means dwelling-place. In the wilderness, the Israelites built the tabernacle, which in the desert was a tent. Every tabernacle is either modeled after the Ark of the Covenant, or is covered with a veil, which represents the tent in the wilderness, or both. Later, when the Temple, which also had a large veil inside, was built in Jerusalem, and the cloud of the Lord descended upon it, it was considered the new and improved “tent” — it was the dwelling-place of the Lord. Later, the One Who would refer to Himself as the new temple in John 2 would “become flesh and dwell [same as the word for the dwelling of the Lord in the tabernacle] among us.” Literally, the Word became flesh and “tabernacled” among us.

Peter’s request was granted — in the Blessed Sacrament. Peter proclaimed that the Lord’s presence is good (“It is good that we are here!”), and asked our Lord to remain with us, in a “booth,” in a tabernacle. Our Lord waits for us in the tabernacle, as St. Peter requested, and comes forth “like a bridegroom,” and is worshiped in glory in the Exposition of the Blessed Sacrament.

The rites have a very specific purpose; to call to mind the one time in the Gospels that our Lord showed forth His heavenly glory. Our Glorious, risen Lord repeats this act in every rite of Adoration and Benediction.

BENEDICTION: When Benediction (Blessing  with the monstrance) occurs, the priest puts on a humeral veil. This is not to prevent him from touching the monstrance or the Blessed Sacrament, as if it would be improper — of course he is unworthy, but his hands have been consecrated for that very purpose. Rather, he veils his hands to show that it is not he who gives the blessing. In Benediction, it is our Lord Himself Who blesses. That is why it is such a solemn and holy moment in the ritual.  In the Sacraments and in the Liturgy, it is Christ himself who acts through the ministry of priests.