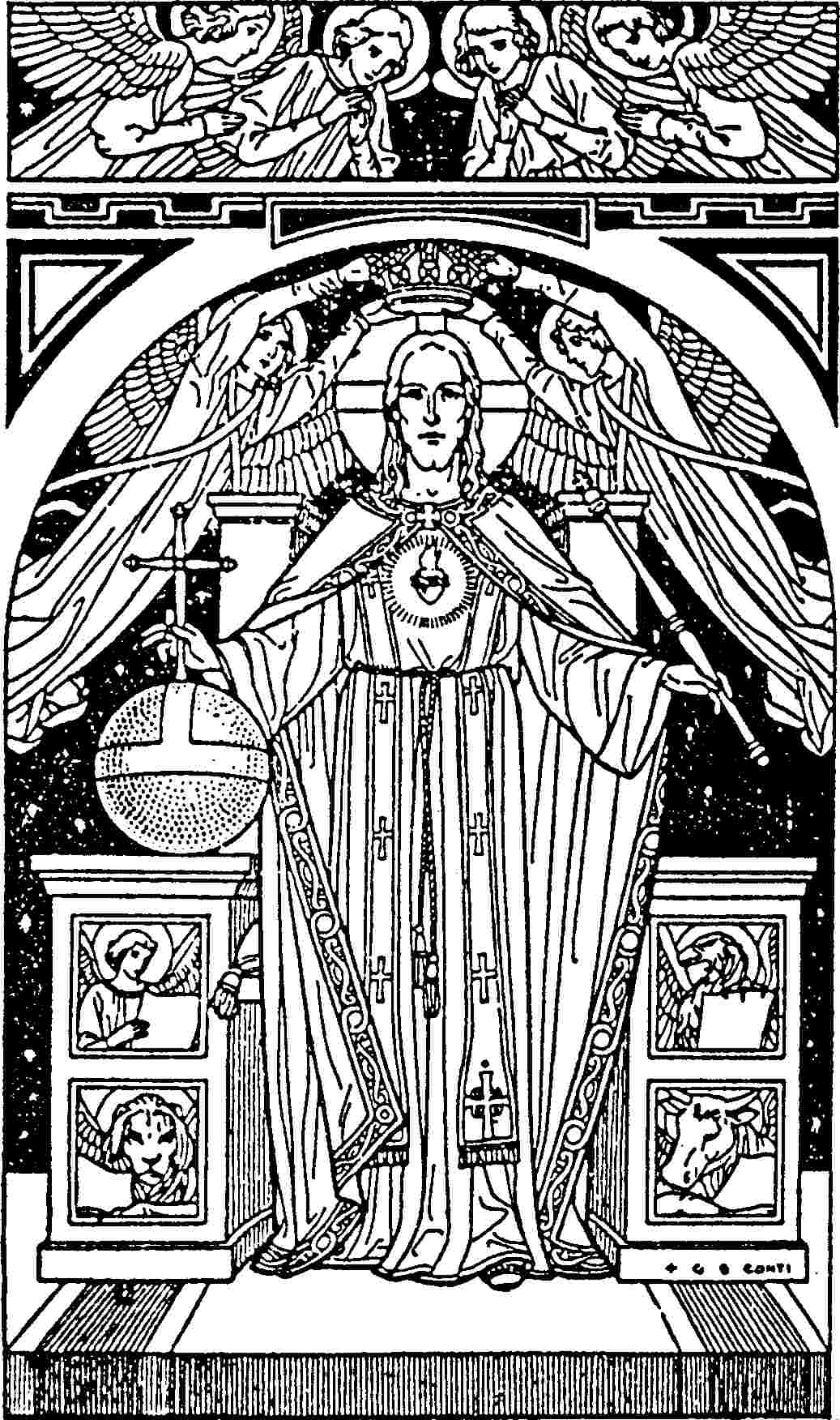 The Solemnity of Christ the King is celebrated today, the last Sunday of the Liturgical Year. Since the announcement of his birth, the Only-begotten Son of the Father, born of the Virgin Mary, was described as “king” in the Messianic sense, that is, heir to the throne of David in accordance with the Prophets’ promise, for a Kingdom that would have no end (cf. Lk 1: 32-33).

The kingship of Christ remained completely hidden until he was 30 years old, years spent in an ordinary life in Nazareth. Then, during his public life, Jesus inaugurated the new Kingdom which “does not belong to this world” (Jn 18: 36), and finally, with his death and Resurrection, he fully established it. Appearing to the Apostles after he had risen, he said: “Full authority has been given to me both in heaven and on earth” (Mt 28: 18): this power flows from the love that God manifested in its fullness in the sacrifice of his Son. The Kingdom of Christ is a gift offered to the people of every epoch so that those who believe in the incarnate Word “may not die but (may) have eternal life” (Jn 3: 16). Therefore, he proclaimed precisely in the last Book of the Bible, Revelation: “I am the Alpha and the Omega… the beginning and the end” (Rv
22: 13).

“Christ: Alpha and Omega” is the title of the closing paragraph of Part I of the Pastoral Constitution
Gaudium et Spes of the Second Vatican Council, promulgated 40 years ago. In that beautiful passage which borrows some words from the Servant of God Pope Paul VI, we read: “The Lord is the goal of human history, the focal point of the desires of history and civilization, the center of
mankind, the joy of all hearts and the fulfilment of all aspirations. It is he whom the Father raised from the dead, exalted and placed at his right hand, constituting him judge of the living and the dead. Animated and drawn together in his Spirit we press onwards on our journey towards the consummation of history which fully corresponds to the plan of his love: “to unite all things in him, things in Heaven and things on earth'” (Gaudium et Spes, n. 45).

In light of the centrality of Christ, Gaudium et Spes interprets the condition of contemporary men and women, their vocation and their dignity, and also the milieus in which they live: the family, culture, the economy, politics, the international community. This is the Church’s mission, yesterday, today and for ever: to proclaim and witness to Christ so that the human being, every human being, may totally fulfill his or her vocation. May the Virgin Mary, whom God uniquely associated with the kingship of his Son, obtain that we welcome him as the Lord of our lives, in order to cooperate faithfully with the coming of his Kingdom of love, justice and peace.